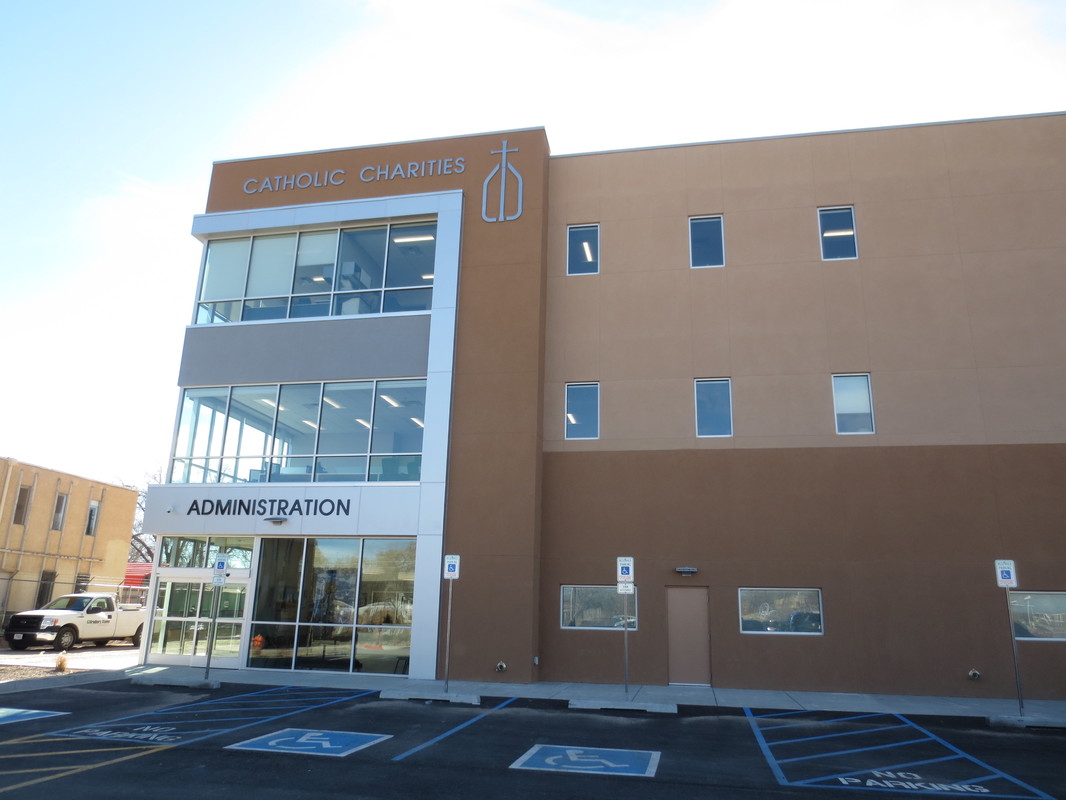 This brand-new 36,000 square foot, three-story building – the largest in Albuquerque’s South Valley – is a vibrant hub for diverse human services thanks to the generosity of our capital campaign donors and supporters!

Casa de Corazon houses all six of Catholic Charities’ Centers of Excellence under one roof, providing on-site services as broad-ranging as ESL, Citizenship and High School Equivalency (HSE/GED) courses for adult learners, a bilingual Children’s Learning Center for infants through pre-K, Immigration Legal Services, Affordable Housing programs, Refugee Support, and the entirely volunteer-run Senior Transportation, as well as all case management and administrative support to each of the centers.

As the construction progressed and the campaign strategy evolved, our need for funds accelerated. What began as a dual-phased campaign in 2009, with goals to build a two-story building and rehabilitate the existing facility on Bridge Boulevard, later advanced into a single-phase, three-story construction project predominantly due to the high cost of renovating the existing Catholic Charities building on Bridge Boulevard.

The Team Behind Casa de Corazon

Thank you to our generous partners, donors and sponsors!
Click to Support Catholic Charities Today